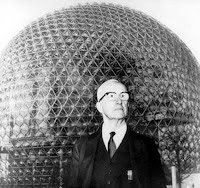 My 46th birthday is tomorrow. I was born on the same day as Margaret Fuller, a leading transcendentalist of the 19th century and the Great Aunt of Buckminster Fuller. I've been asked to join the yearly May 23rd pilgrimage to the Fuller burial plot in Mt. Auburn Cemetery to play an early morning Shakuhachi Honkyoku meditation. I'll be playing my concert flute, a 2.4 foot long single piece of bamboo made by Shugetsu in Nara, Japan. It has a remarkable deep and spiritual sound. I hope we have a spiritual occasion, celebrating life and transition. Here's the announcement:

Friday, May 23, 2008, is the 198th birthday of Margaret Fuller. As usual, we travel to the Fuller Lot, Pyrola Path, Mount Auburn Cemetery at 8 AM to walk around, pay homage to Bucky and Anne Fuller, and talk about Margaret. This year, special guest John Halamka - it’s his birthday too - plays a Japanese mourning song on his Shakuhachi (Japanese flute). Please join us.

John writes: "'I'll play Banshiki, which comes from the Itcho-ken Temple in Hakata, on the island of Kyushu, Japan. This very Buddhist honkyoku (meditation) recounts the soul's journey from this life, full of attachments and feelings, toward the peace of enlightenment, which lies beyond. The word 'shiki' in the title means to 'pass or cross over.'"
Posted by John Halamka at 3:00 AM

Something in the water in 62. My b'day is 6/1. Computer enthusiasm probably in the humors that drifted through the delivery rooms.

I wish you the best birthday!

My 46th birthday is coming in a couple of months. I am going to have a bratwurst at Hank and Karen's, a classic Wisconsin tavern.

I share my birthday with Herbert Hoover, considered by many the worst president of all time.

Thanks so much for your enthusiastic and beautifully rendered participation, John. You are indeed and forevermore a charter member of The Fullerenes. Happy Birthday. Will post some pictures to my blog shortly - and to let your readers in on the "secret" - "we," meaning filmmakers Ron Mortara and Kim Romano, filmed the whole thing...jessica