Don't Let Things Slip Away From You

Kathy has written this guest post, about the unexpected death of a friend. 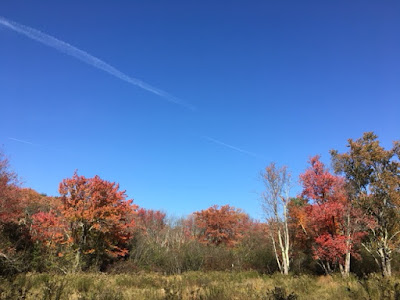 "Please don’t let things slip away from you:
first steps,
first kiss,
first real vacation…
first time you know that something is not quite right in your body.

I discovered yesterday that someone about my age whom I have known for at least 15 years had passed away in September. I had seen her once during the summer.

I was told by her colleague that about a year and a half ago, she noticed leaking from one breast. Her coworkers persisted in asking about the situation and she then told them it was just an infection from a cat scratch. It is not clear she ever sought any medical care at that point.

Fast forward to this summer: she developed pneumonia and liver failure, consequently was hospitalized, and all the way to the end she did not acknowledge that the test results showed widespread metastatic breast cancer.

Speaking as a breast cancer patient past my 5 year mark post treatment, none of it was fun or easy, but I bless every day I am given to enjoy my life and family. I think I was so floored by the discovery that my acquaintance had died in a state (MA) where we have had mandatory health insurance for a long time. I have lost other friends to breast cancer, one dying after it infiltrated her brain, but she could never afford health care as a self-employed artist in the era before mandatory health insurance. I know she spent about two years convincing herself nothing was wrong too - until it was too late to do anything.

My father “toughed it out” as he lost weight and grew fatigued. By the time I realized how many pant sizes he had dropped, the neuroendocrine tumor on the head of his pancreas was untreatable. I daily feel robbed of his smile, I am only reassured knowing that he passed so quickly after diagnosis that he never had much time where he was incapacitated.

All this leads to express my hope that if you know something is not quite right in your body, face the risk of getting a diagnosis even when you don’t want to hear the news. Your family and friends want to know you for as long as they can. And cancer therapies and treatments are making amazing advances - while there is life there is hope."
Posted by John Halamka at 4:46 PM 2 comments