Management Lessons Learned As a Parent 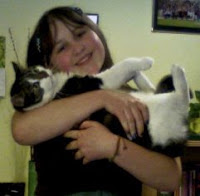 My daughter, Lara Halamka, is 15 years old. Being a parent has taught me more about leadership and management than any of the Spencer Johnson or Peter Drucker books. I've learned patience, communication and the ability to trust.

Here are my top 10 management lessons learned from being a parent:

1. Yelling never has a positive outcome - In my life as a parent, I've raised my voice twice over the past decade and a half. My daughter can remember both times, even though they occurred in the distant past. My outbursts diminished me and had no positive impact on her behavior. In business, if I ever feel that raising my voice would win the battle, I reflect on my life as a parent and hold back, since I know that confrontation ultimately makes the situation worse. As I've said before, "save as draft".

2. Formal authority rarely works - As a CIO, I would never stand in front of group of stakeholders and say "you must do this, because I'm the CIO." Standing in front of a teenager and saying "you must do this, because I'm your father" is just as problematic. Leadership comes from thoughtful discussion, weighing pro's and con's, then ultimately arriving at a consensus. Shared decision making between parents and children based on a fair, consistent, and predictable process preserves domestic tranquility. IT governance preserves organizational tranquility in the same way.

3. Give permission to make mistakes - Wellesley and the surrounding western suburbs of Boston have had a number of teen suicides over the past few years. Parents apply such pressure to perform that many teens have irrational expectations of perfection for themselves i.e. "you can be valedictorian, captain of the squash team, and a Pulitzer Prize winner by the time you're 18". Making mistakes and learning along the way is the way we learn as children and the way we learn as leaders. In management, I find that setting limits, then offering staff the flexibility to excel on their own is far more effective than micro-management and a constant threat of management retribution.

4. Communication is key - During a teenager's development, Mom and Dad may not be perceived as cool, smart, or fun to be with, but this can change by the day. Keeping the channels of communication open as moods change is key. There will be disagreements, but it's less important to win the argument than to ensure you're still speaking when the discussion is over. The same thing is true with customers and employees - I'd rather hear from them about bad news and fix the problem than not hear anything at all.

5. Get the basics right - Why was religion invented? There are encyclopedias written about that topic, but in my opinion, religion was invented to provide a moral/behavioral framework that puts boundaries on human instincts to compete, reproduce, and survive. We do not have a religious household, but we have a moral household. As a parent, I've tried to be a living example that the nice guy can finish first, that theft and aggressive behavior are wrong, and that kindness and consensus win the day. If my examples lead my daughter to make the right choices when faced with tough decisions, then the basic moral framework we've built will be a foundation for her success. In business, setting a tone of expected behavior by being a living example of ethical, fair, and collaborative behavior spreads to staff and customers.

6. You can criticize ideas but do not criticize people - As the brain matures, sensory input is integrated with experience to produce more robust decision making. During that process there will be many experiments, trial/error, and fine tuning. If my daughter makes a decision that I do not agree with, we can debate her ideas but not her abilities. The same is true with employees and customers. I treat everyone with respect even if I do not agree with their ideas.

7. Build a joy of success rather than fear a failure - When I was teen and took the SATs, I had no real knowledge of their importance, I arrived a bit late, and did not stress over the outcome. The result was a scholarship, not because I was smarter than my peers, but because I did not have a fear of failure during the exam. I watch many parents link performance on every test to an admission or rejection from Harvard. Admission to an Ivy League school is equated to happiness. With Lara, we've tried to celebrate success and build a joy of achievement rather than a fear of failure. Thus far, the motivation from within to do well seems much more sustainable than fear of failure for imposed by authority figures. Emphasizing growth and achievement among employees creates a higher performance organization than management by intimidation.

8. Delegate responsibility but emphasize accountability - My daughter tends to have the same sleep cycle that I do, often sleeping 4 or 5 hours a night. Her schedule is left up to her to decide, but when the 6:30am alarm sounds, she is accountable for her decision to go to bed late. Rather than enforce a bedtime and wake time, delegating her sleeping hours to her, but holding her accountable for getting to school on time, awake and alert, has enhanced her decision making. Leadership is the work of worry and it's important to learn accountability early. The more responsibility I'm given, the greater the accountability.

9. Respect innovation - As vegans, my wife, daughter and I grow beets, carrots, turnips each year. Last year, when we picked a bucket of carrots, I recommended to my daughter that we use a sieve to wash off the dirt. She had a different idea of laying them out in the driveway and washing them off with a sprayer. I suggested that sieves have always been used and it's the "right way". Her method, although non-standard, was fast, effective, and efficient. Just because business as usual has always worked, there may be better ways. As I tell my staff - If I become the obstacle to innovation, it's time for me to move on.

10. Accept that the best lessons learned come from independence - For my daughter to develop self esteem, assertiveness, and a willingness to take acceptable risks, she needs to make decisions on her own, even if they are imperfect. If I make decisions for her, she'll be less prepared for life in college and beyond when I may not be present. I give her the best guidance that I can, hope that she develops a strong internal compass, and then let her change from within as she experiences the world. Developing the next generation of leaders in an organization requires the same approach.

I highly recommend parenting over an MBA. Parenthood teaches humility, selflessness, and self-control. No matter what I do in IT, my daughter will be my greatest legacy.
Posted by John Halamka at 6:00 AM

Great post! My son is only 14 months, but I hope I can use the wisdom you have imparted when he is a teen.

Thank you for the post! I find it invaluable!