The snow, ice and sleet continues.  February was the snowiest month we have ever had in Boston had with 64.8 inches.  It was also the second-coldest February on record.

I’ve attacked the endless frozen tundra of Unity Farm with the Terex front loader,an ice chipper, and a stainless steel SnowEx salt/sand spreader.   I try to use Calcium Chloride or a Magnesium Chloride mix which is safer for the plants and animals.    We’ve gone through 250 pounds of salt and 250 pounds of sand every weekend in 2015.   The March weather thus far has varied between a high of 43 and a low of zero F.    The snow melts a bit, then refreezes.  It’s like chunky concrete at this point.   The industrial sized snowblower attachment for the Terex arrives this weekend, but I’m not sure a snowblower can help with the glaciers that now surround the farm.   Next year, I’ll move the powder before it becomes a solid. 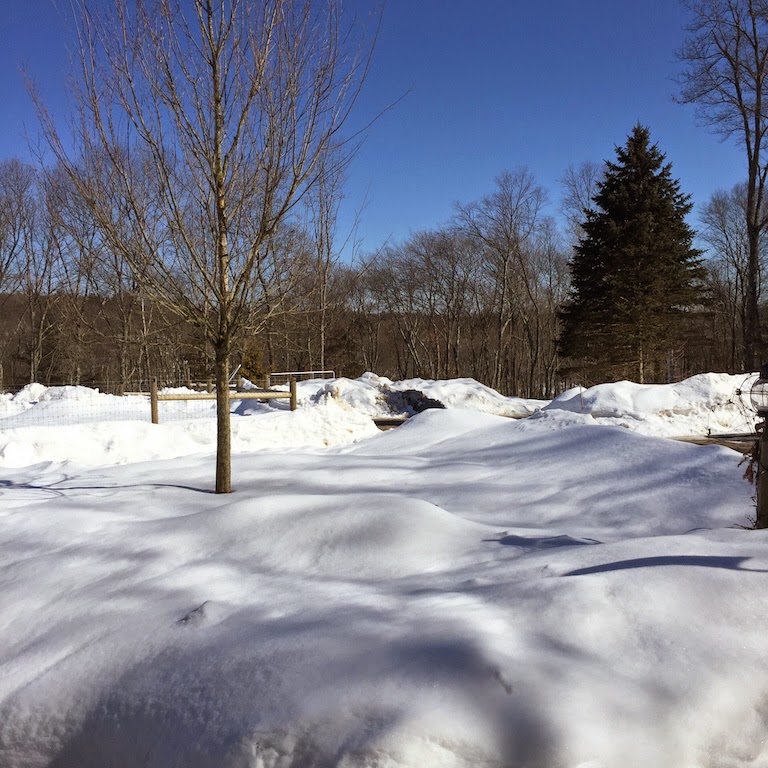 The bees continue to struggle with the record low temperatures and precipitation.   We started the winter with 11 living hives and now we have 7.   In the Spring, we’ll refill a few of the hives by moving a portion of the bees and queens from existing hives to empty hives - a kind of forced swarming.   The queen-less hives will make new queens.   We’ve also ordered some “mini-hives” of overwintered Russian bees from Western Massachusetts.  These small hives are called a “nucleus” or “nuc”.   I’m sure that folks overhearing our conversation were worried when my wife announced that she purchased two Russian Nukes.

Last week, I wrote about my conversation with the hawk that visited the chicken coop and killed a guinea.    The hawk did not return, but unfortunately, it told two even larger friends about the coop.   Kathy noticed an enormous hawk sitting on the coop roof one morning.  Last weekend, I found the dismembered body of Belle, the duck who we nursed back to health after a serious eye infection.   The hawks broke her next and ate about half of her upper body.   I buried her under 6 feet of snow, since I cannot dig the frozen ground. 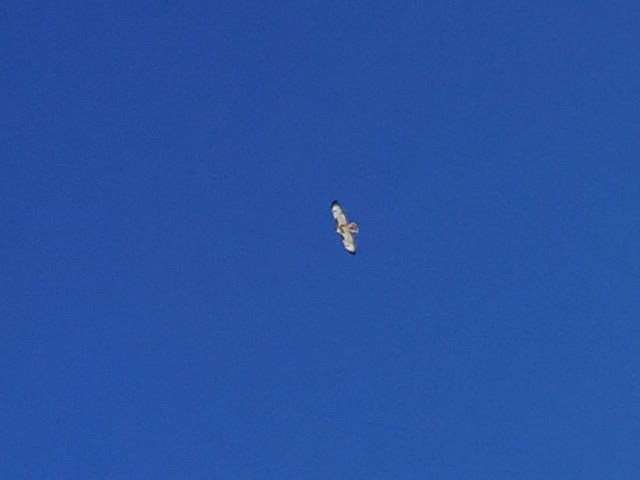 We’ve changed the daily schedule for all the poultry at Unity Farm.  During the lean times for the predators, when all natural food sources are covered with snow, we’ll keep all the coops and pens locked until 4pm each day, since the peak of the hunting seems to occur between 9am-3pm.   Once the snow melts and the trees begin to leaf out, we’ll restore the usual daylight freedom that the poultry have always enjoyed.  Our task as farmers is to maximize the quality of life of the creatures at Unity farm, while also keeping them alive!

We’ve ordered all our seeds for 2015, so hopefully I can plant peas next week and begin to prepare the overwintered raised beds for the Spring growing season ahead.

i enjoy your articles about the farm as well as IT.

BTW, have you heard that there are bee keepers that make a living going around the country with their hives to do pollination for farms?