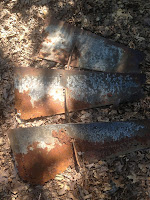 Since Sherborn's founding in 1652, the land of Unity Farm has been adjacent to the town center.  In the past, the property has been a dairy, sheep paddocks, and part of a much larger farm.   As I've cut trails through the property I've uncovered old tools, old timbers, and numerous rock walls.

Along the Unity Farm Marsh trail are two particularly interesting sights - the Sherborn Powder House and the Old Dug Well/Windmill.

The Powder House
The Powder House for Sherborn was built by the town in 1800 so that gun powder could be removed from the public meetinghouse where it had been stored, much to the relief of concerned citizens.  James Bullard was appointed keeper and the building was constructed in a meadow overlooking the lane behind his house at 33 North Main Street.  Although the actual building was demolished in 1857, the site of the Powder House is on our property.    The circular foundation is still in place and the rocks used to build up the walls are lying adjacent to the foundation.   An ash tree has grown up inside the former building.   Today, railroad tracks cross Powder House Lane in Sherborn, so the Powder House is no longer publicly accessible.      I've cleared the area, connected it to our trails and will be adding National Forest Service-like signage to it soon. 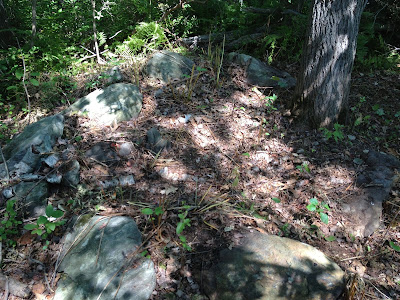 The Old Dug Well
About 100 feet south from the Powder House is an old, hand dug, brick-lined well.   When I first found it, the well was filled with 5 feet of mud, wood debris and midden.   What do I mean by midden?   As I began to excavate the well, I found 10 old milk crates, hundreds of pounds of old unmilled lumber, rusted iron tools, and an old menu board, pictured below.    Although fragments of the menu board are missing, it appears to announce "Great Steaks" like the "Powder House Tenderloin", Sirloin, Round, etc.  The lettering appears to be from the early 1900's.   I've asked Historical Society members about the well and steak sign.  Their only guess is that it might have been related to the old train station on Powder House Lane (no longer there) that used to be the major transportation hub in Sherborn.

Next to the well, an old windmill (blades shown above) provided the energy to pump the well water uphill to sheep grazing meadows.

Since the well has now been restored to be a fully functional water source, I built a cover for it from 6x6 and 3x5 lumber.   We do not want wandering deer (or wayward teens) to fall into the well.   Our Great Pyrenees may not be as communicative as Lassie if Timmy falls into it. 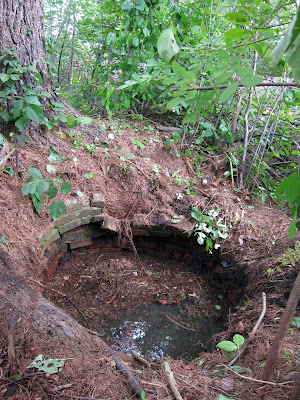 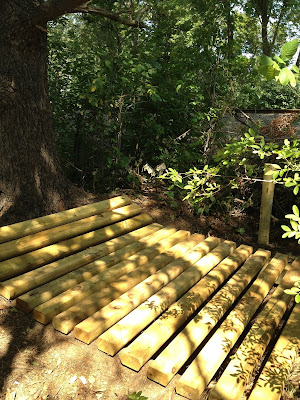 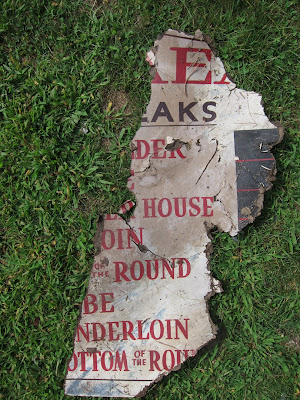