We must make a serious commitment to increase financial resources and provide better analytics for real world evidence/real time data in support of public health. 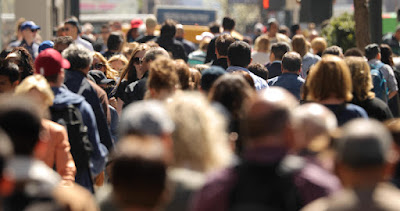 Public health has been underfunded for decades. That neglect has had a profound impact since the COVID-19 pandemic has taken hold, and awakened policy makers and thought leaders to the need for more investment.

Consider the statistics: The U.S. spends about $3.6 trillion each year on health but less than 3% of that amount on public health and prevention. A 2020 Forbes report likewise pointed out that “From the late 1960s to the 2010s, the federal share of total health expenditure for public health dropped from 45 percent to 15 percent.” This relative indifference to public health is partly responsible for the nation’s mixed response to the SARS-CoV-2 pandemic. A recent McKinsey & Company analysis concluded: “Government leaders remain focused on navigating the current crisis, but making smart investments now can both enhance the ongoing COVID-19 response and strengthen public-health systems to reduce the chance of future pandemics. Investments in public health and other public goods are sorely undervalued; investments in preventive measures, whose success is invisible, even more so.”

Among the other “public goods” that require more investment is population health management and analytics. Although experts continue to debate the differences between public health and population health, most are unimportant. For our purposes, population health refers to the status of a specific group of individuals, whether they reside in a specific city, state, or country. Public health usually casts a wider net, concerned about the status of the entire population. Managing the health of these subgroups requires an analytical approach that can take into account a long list of variables, including social determinants of health (SDoH), the content of their medical records, and much more. SDoH data from Change Health care, for instance, has demonstrated that economic stability index (ESI) is a strong predictor of health care utilization. ESI is a cluster model that uses market behavior and financial attitudes o group individuals into one of 30 categories, with category 1 representing persons most likely to be economically stable and category 30 least likely to be stable. The figure, which links race, ESI and health care utilization in Kentucky, suggests that Blacks/African Americans are far less likely to be economically stable (category 1). The same analysis found that Blacks/African Americans were almost twice as likely to use the ED compared to Whites (30.5% vs 18.1%). A growing number of health care organizations are starting to see the value of such population health metrics and are incorporating these statistics into their decision making.

Among the valuable sources of data that can inform population health are patient surveys, clinical registries, and EHRs. Several traditional analytics tools are available to extract actionable insights from these data sources, including logistic regression. Over the decades, several major studies have also generated risk scoring systems to improve public health. The Framingham heart health risk score has been used for many years to assess the likelihood of developing cardiovascular disease over a 10-year period. Because the scoring system can help predict the onset of heart disease, it can also serve as a useful tool in creating population-based preventive programs to reduce that risk. The tool requires patients to provide their age, gender, smoking status, total cholesterol, HDL cholesterol, systolic blood pressure, and whether they are taking antihypertensive medication. The American Diabetes Association has developed its own risk scoring method to assess the likelihood of type 2 diabetes in the population. The tool takes into account age, gender, history of gestational diabetes, physical activity level, family history of diabetes, hypertension, height and weight. Another analytics methodology that has value in population health is the LACE Index. The acronym stands for length of stay, acuity of admission, Charlson comorbidity index (CCI), and number of emergency department visits in the preceding 6 months. More recently, there are several AI-based analytic tools currently being used to improve population health. A review of ML-related analytic methods found that neural networks based algorithms are the most commonly used (41%) in this context, compared to 25.5% for support vector machines, and 21% for random forest modeling.

There is no way of knowing how the world would have coped with COVID-19 had policy makers fully invested in public and population health programs and analytics. But there’s little doubt that we’ll all fare much better during the next health crisis if we put more time, energy, and resources into these initiatives.