Starting next month, my daughter Lara will take charge of our instagram, Facebook, and Twitter feeds, providing daily updates about the Farm and Sanctuary.    As we approach winter 2017, we can officially declare that the farm and sanctuary are now fully built and we're transitioning to daily operations.   We have over 250 animals at this point, all kept healthy, warm and fed every day.   Here's a summary of the past month, as told in pictures.

From mid October to early November, the swamp maples, oaks, and poplar take on shades of crimson and bright yellow, turning Unity Lane into the kind road less traveled that Robert Frost wrote about. 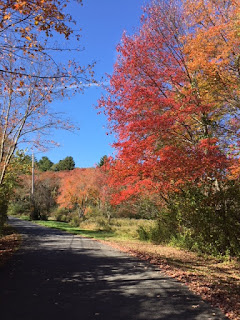 Palmer the turkey surveys his empire as the leaves begin to fall.    11 more turkeys have arrived at the Sanctuary and they have designated Palmer as their alpha male. 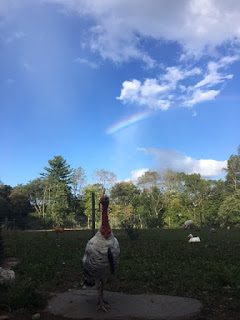 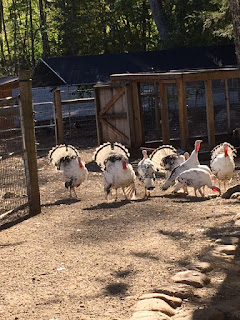 The five mini-horses weigh about as much as a Great Pyrenees and have all adapted to their new homes.    Goldie, an 18 year old stallion, was recently gelded and he'll soon join the others in the main mini-horse paddock 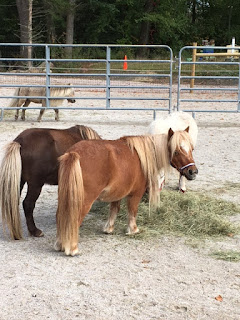 We've finished the cider making for 2017, having harvested 55 different types of apples from the Unity Farm orchard.     Our hard cider this year will be a combination of Golden Delicious (sweet), McIntosh (tart), and Macoun (aromatic) 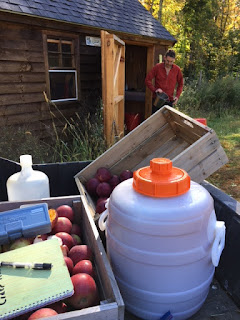 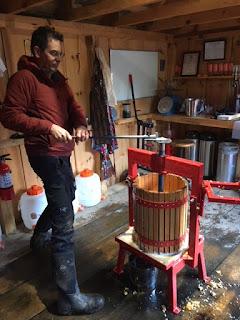 As the temperatures drop below freezing, we're working extra hard to keep every creature fed from the bounty of the fall harvest - apples, pumpkins, and lettuce from the hoop house 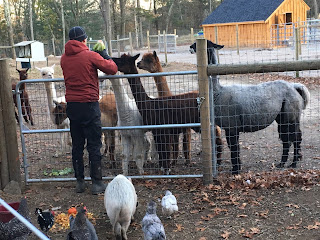 We've had our share of animal medical issues - an alpaca with a jaw abscess, a mini-horse with a food impaction, and chickens with eye infections.   All have been treated appropriately and thus far, they're recovering.     Mocha, the dark brown alpaca is eating again after antibiotics and pain medication for her jaw.


My recent trip to Africa for the Gates Foundation included animal sanctuary visits - just like Unity Farm they have "horses" and guinea fowl. 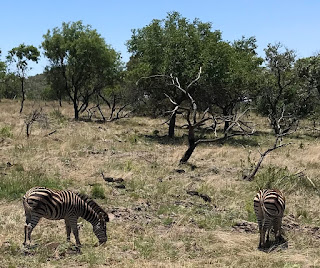 And pigs with slightly bigger tusks than Tofu the potbelly pig 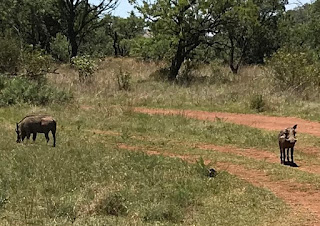 By Thanksgiving, every night will be below freezing on the farm.   The heated buckets are hung, the animal buildings are fortified against the elements, and the food stores are replenished.     Let it snow,  let it snow, let it snow.
Posted by John Halamka at 9:53 AM