What happened to the term “polar vortex”?   Are we now beyond it into something more severe?  Unity Farm has not had a day above freezing or a night above the single digits (often negative single digits) in over a month.    The most simple acts - walking to the hoop house, stacking supplies, and shoveling manure - require full alpine climbing gear.

Despite my hours in the Terex front loader creating a grand canyon of snow, it’s difficult to keep every aspect of the farm running.    To understand the scale of our storms, imagine filling Patriots Stadium to the brim 90 times - and that is just the amount of snow removed from downtown Boston the past 30 days.     The entire public transportation system will be shutdown/on limited schedule for the next month.   And another storm is on the way for this weekend. 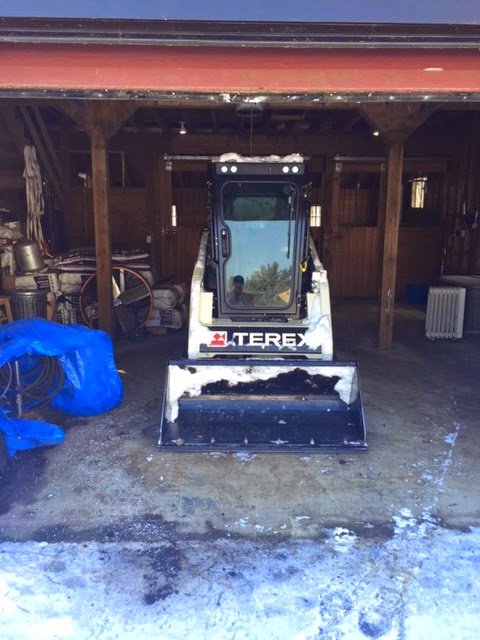 “Snow rage” abounds as commutes are measured in hours per mile, not miles per hour.

I can only hope that this winter does not become a standard experience.   If it does, then the farm’s next capital purchase will be the snowblower attachment for the Terex.

No more, Mr. Nice Guy.  A properly equipped Terex can blow 100 tons of snow per hour, 45 feet into the air.     The idea of cruising along the farm roads and trails in the warmth of a the Terex cab, listening to Japanese flute music while slicing through 7 foot snow drifts sounds very appealing.   I’ll keep it in mind for next season.

This year I split 8 cords of wood to keep the fireplaces toasty.   My morning routine now consists of caring for the animals then hauling a hundred pounds of wood indoors so that it can thaw before nightfall.   Who could have known that the neatly stacked wood would be 7 feet under non-melting snowbanks for the month of February? 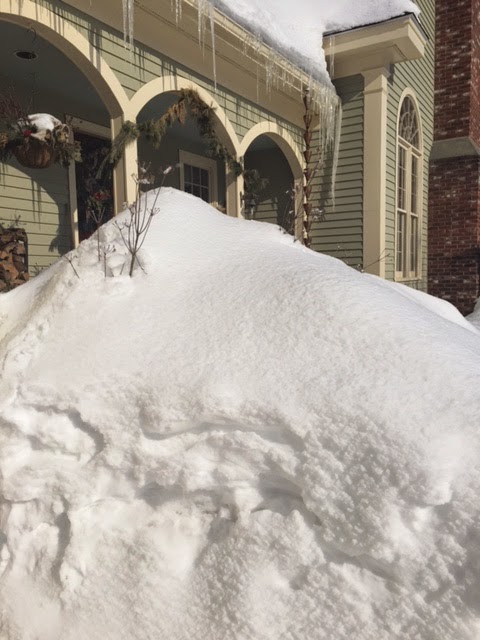 I’m doing my best to offer grain/seeds to all the squirrels, turkeys and deer trying to survive the winter.   How does a squirrel navigate a 7 foot snow pack?  They must have talked to the moles, because we now have squirrel tunnels to the feeding areas. 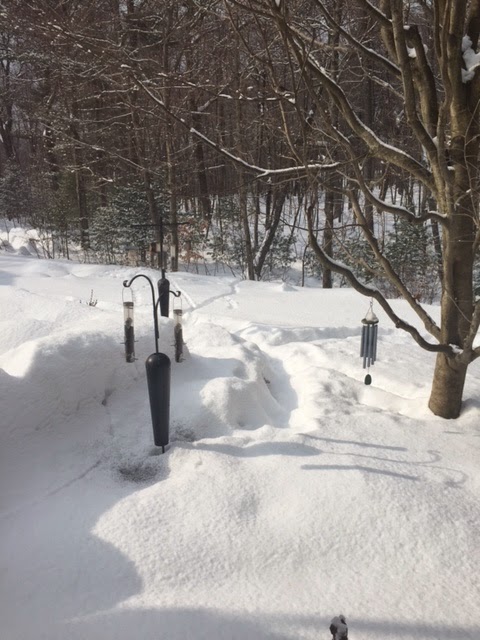 This Sunday may include wintery mix - ice, snow and rain.    The snow on the roofs currently weighs 5 pounds per cubic foot, but wet snow will weigh 21 pounds per cubic foot.   I’m using a 20 foot snow rake to clear the sheds, barn and house before it comes icy concrete.

One advantage of this much snow is that it makes filling the bird feeders much easier.  The 8 foot feeders are now at ground level. 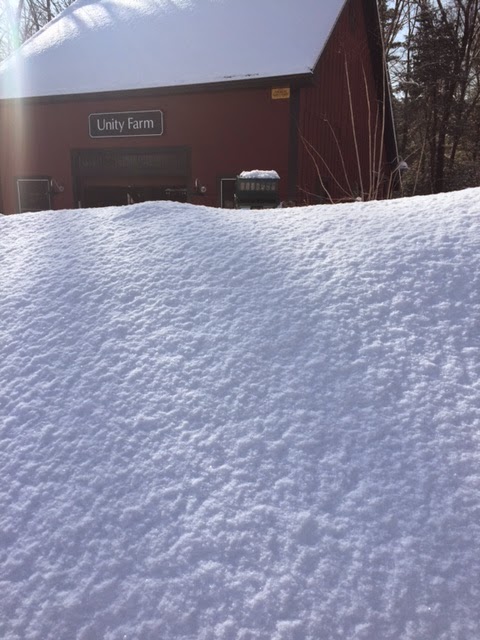 Although the creatures are feeling claustrophobic, they are well fed and watered, which is key to their winter survival.    I've carved a "duck highway" and covered it with straw, so they have a yellow brick road between the warm of their house and the extra food/water we've put out for all the birds. 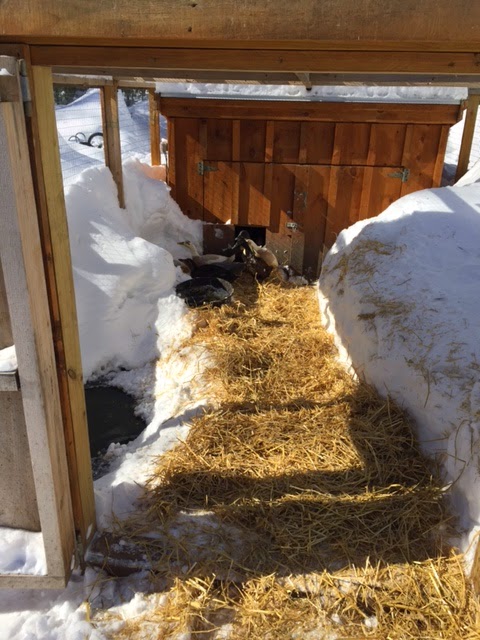 Despite the hardship, the alpaca and llamas are getting dedicated attention.   As one Alpaca farmer in New York posted

"I am head waiter at the Alpaca Fine Dining Restaurant located here in Western New York. For today's offering, we start with a fine appetizer of select grains served with a finely chopped, alfalfa chaffee hay salad. For our main course we offer delicious second cut orchard grass beautifully arrayed in our special "hay" feeders. To complement this, we offer slightly warmed fresh well water. I can expect a 20% tip of artfully arranged (and I might add frozen solid) alpaca beans. All's right with the world!!"
Posted by John Halamka at 3:00 AM

I have one feral cat that adopted me 2 years ago and lives under my front porch. Just keeping a path dug out with access to food and water for him is a challenge. I can't imagine what you have to contend with! Best of luck. Can I borrow the Terex??

It's been fascinating following this story along. Do you have any idea or plans for when this all starts to melt?