Just as 2014 was a technological whirlwind, so was life at Unity Farm.

There was new life and death.

My father in law died in November.

One of our ducks died of pneumonia in December.   2 of our guinea fowl were captured by foxes.

Sunny, our new alpaca was born on July 15, 2014 and now weights 50 pounds.   She’s energetic, friendly, and adorable.   We also had one false alpaca pregnancy - Mint, despite appearing pregnant did not give birth

We made 160 liters of hard cider, grew 100 pounds of Shitake mushrooms, and harvested 50 pounds of honey.

We kept the dinner table filled with vegetables and the animals had their fill of fresh greens all year.   No pesticides or herbicides were used.   Even the moles/voles/mice were captured humanely and released. 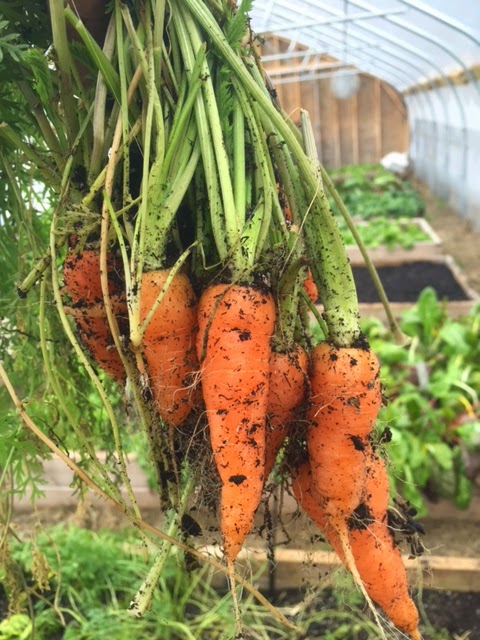 The work of permaculture began with planting 5000 ginseng seeds in the forest.

A mile and half of trails were cut and covered with wood chips.

As I tell my colleagues, I shovel manure because it is so different from my varied day jobs, although some debate that point.

2014 was filled with joys, sorrows, and a sense that we moved forward.

My daughter is thriving at Tufts, my wife is recovered from her breast cancer and is running the farm during the week, and I’m completely satisfied with the combination of activities that form the fabric of my life.

In 2015, we’ll plant chestnut trees and paw paw bushes, we’ll continue to develop the forest into a rich source of food for the humans and all the creatures nearby, and we’ll keep ourselves mentally/physically fit.

Life is filled with ups and downs.  You never know what tomorrow will bring.   All I ask for is the pursuit of success.  At Unity Farm, that pursuit will never end.
Posted by John Halamka at 3:00 AM