Now that we’ve had a few days above freezing, work on the land can finally begin.

In April, the ponds and streams of Unity Farm begin to fill with spring peepers, salamanders, and wood frogs.     The melting snow recharges the wetlands and turns the low lying trails into mud.  In an effort to protect the land from the erosion of foot traffic during mud season, I built two new removable bridges that enable travel for woodland maintenance.   I added a new trail off the Woodland Trail called the Vernal Pool trail, pictured below.   Those with a natural curiosity who visit the farm can watch the developing amphibians of Spring. 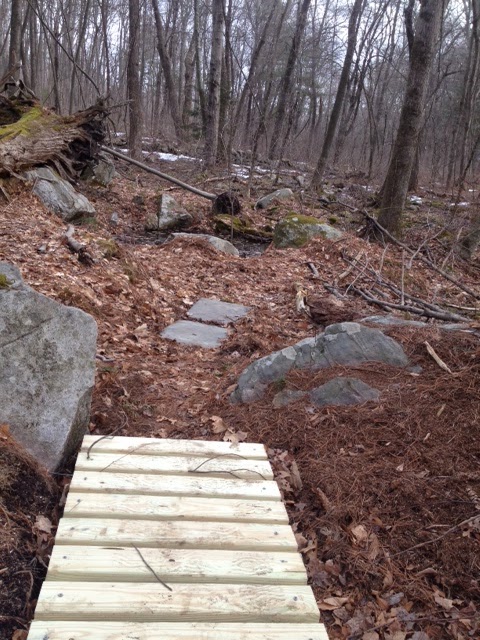 Last weekend provided enough warmth to open the cider house for bottling.   I moved the mead and cyser (half mead, half cider) from the indoor fermentation areas to the cider house and let them settle for a day to maximize clarity during the final bottling.  Using a racking wand, my wife bottled while I capped.    We’ve cellared the finished bottles and they’ll be ready to serve chilled this Summer.    It's called Queen's Mead because Queen Elizabeth I preferred a lighter, less alcoholic mead and that's what we made.  We also have 60 liters of hard cider to bottle this Spring, likely over an April weekend. 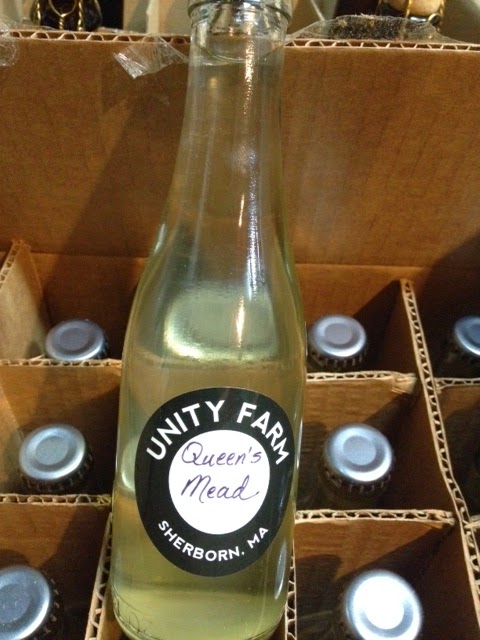 The duck pond has been covered with ice for the past 5 months.    Last Fall, the ducks were too young to travel across the barnyard and swim in the pond,  but now that they’re mature and wandering, the pond is within reach.   For the first time last weekend, the pond was thawed enough for the ducks to discover it, pictured below.   Kathy and I are convinced that they’re in duck paradise and may never leave.

Also last weekend, the ground was soft enough that we were able to create 10 level blue stone bases for the bee yard and move our meadow hives to the orchard, as pictured below.    We placed pine branches in front the them, forcing the bees to "reorient" to their new location instead of flying back to their old hive spot.  I built bases for ten hives while Kathy nailed together new hive bodies and painted bases, landing boards, and covers.    We’ll move two more hives into the bee yard this weekend and add new bees/queens to the remaining hives in April, May and June. 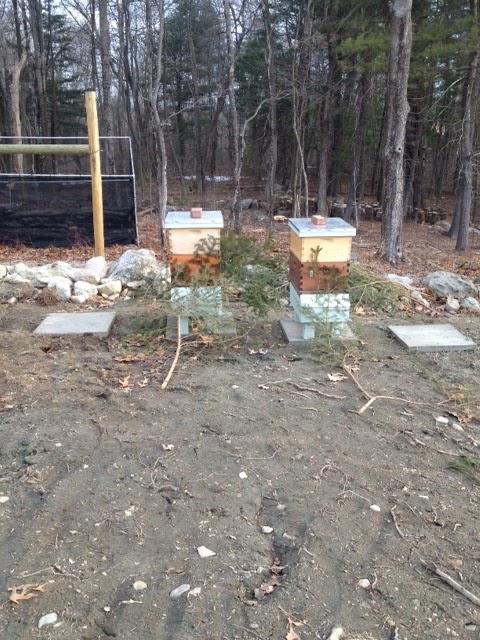 The weekend ahead will be filled with herd health, beginning the Spring health maintenance for the alpacas and llama, with toenail trimming, vaccinations, physical exams, and weighing.    Thus far, it appears all animals made it through the brutal winter with no ill effects.

We’ll also do additional trail work, new mushroom area inoculation, and wood splitting.   Those 4 pounds I gained over the winter will disappear with the longer days and the endless physical activity of farming.